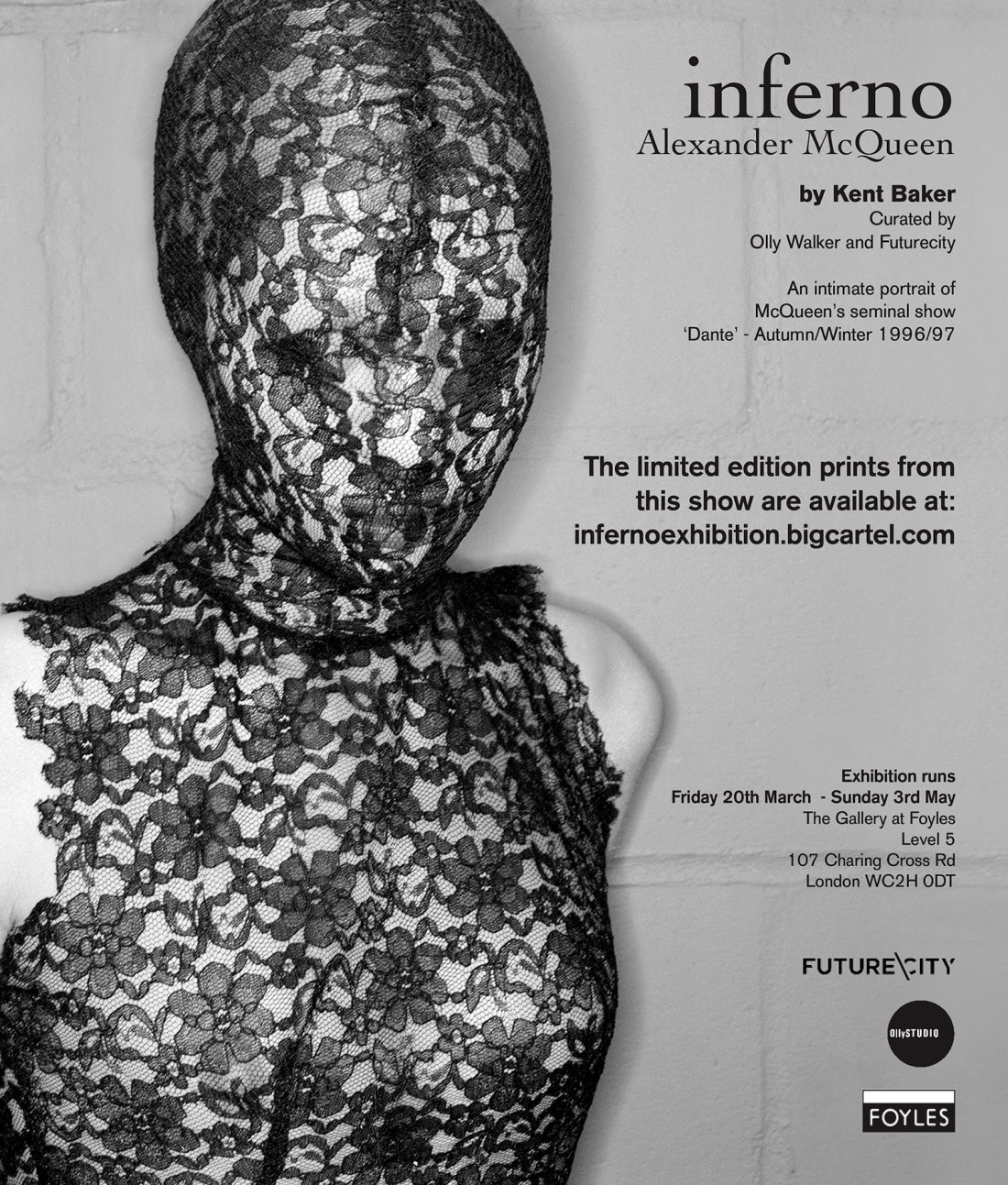 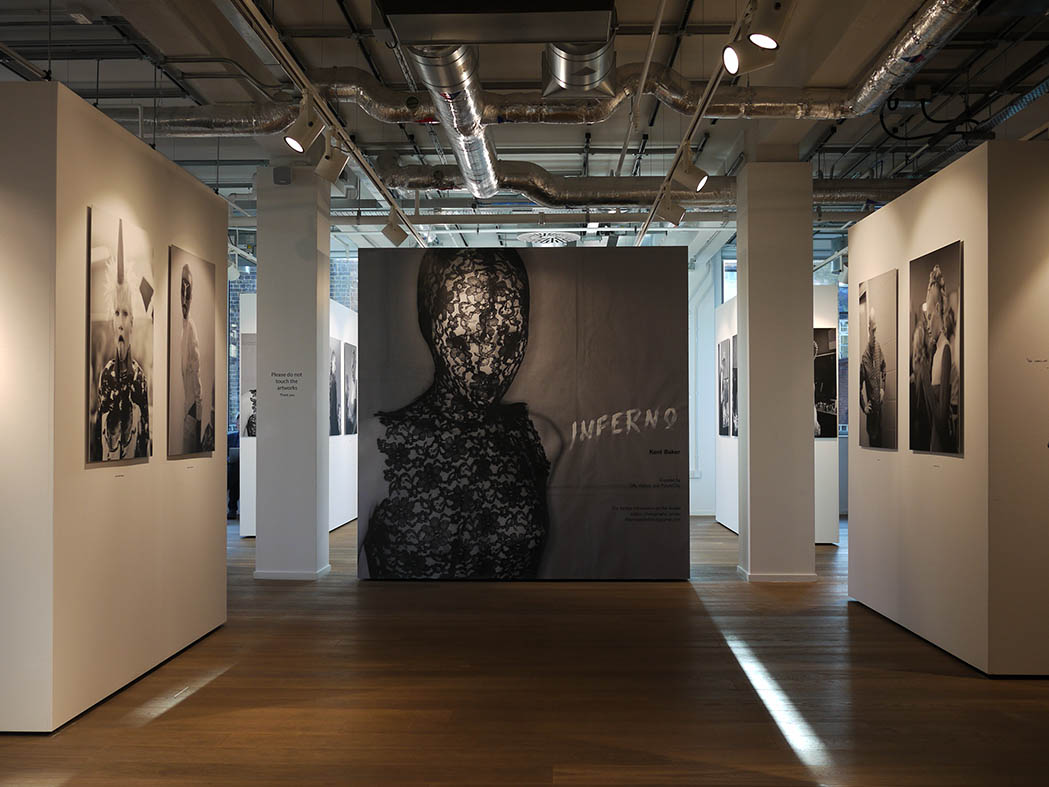 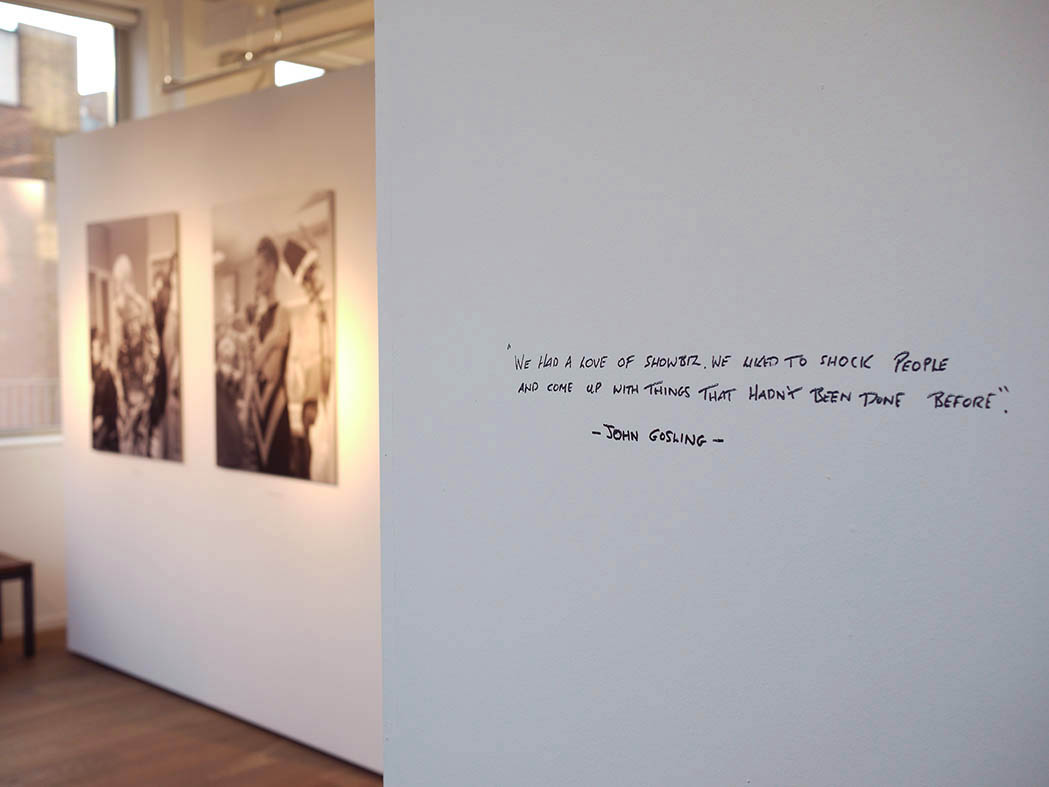 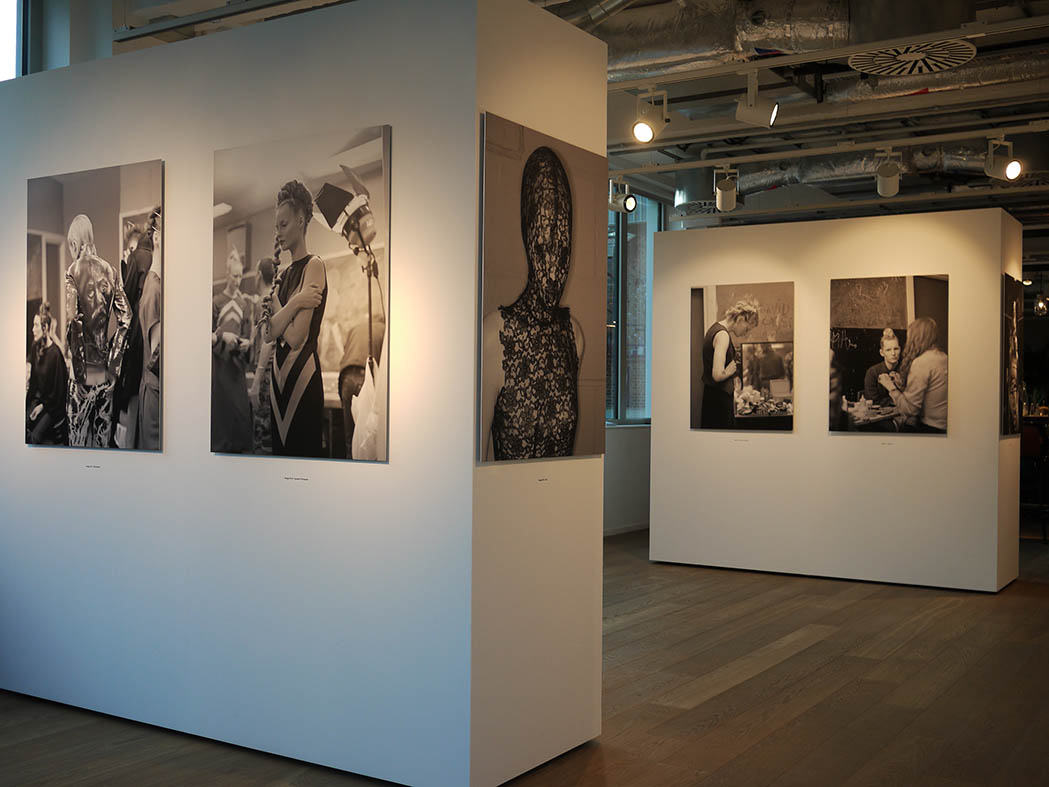 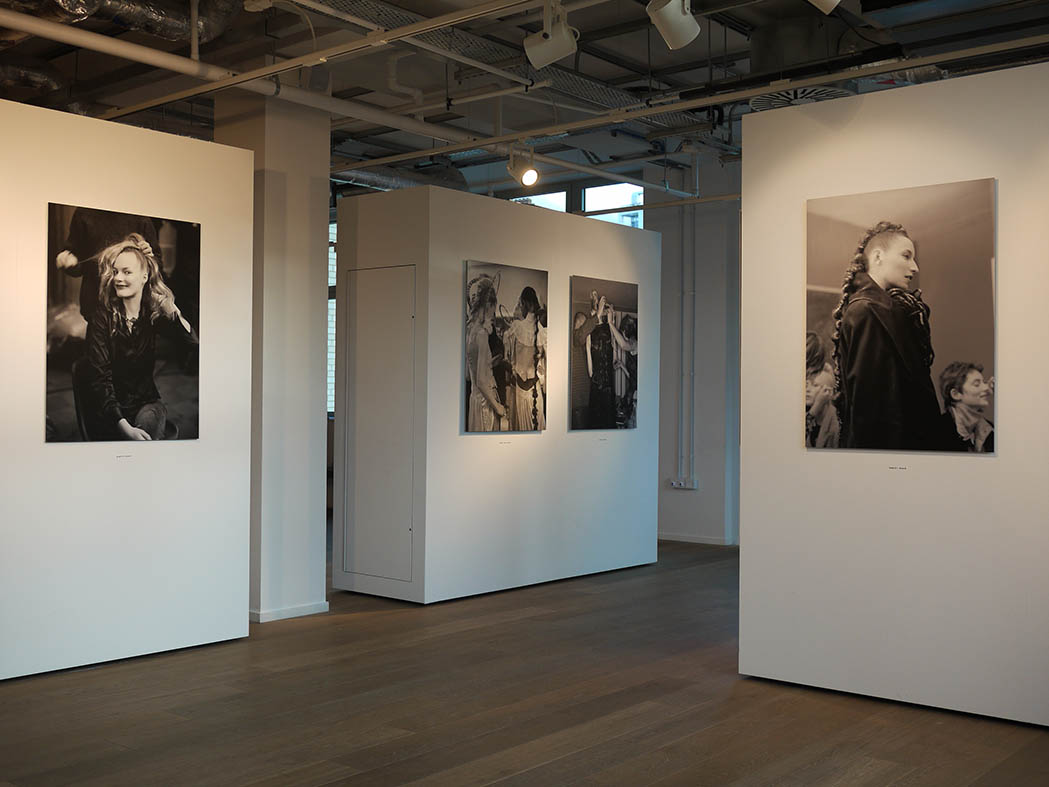 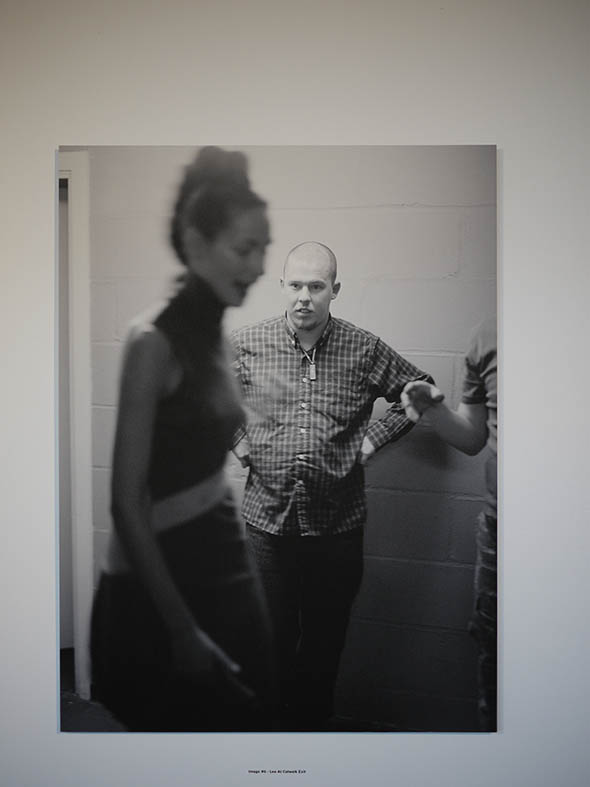 Inferno (2015) was an intimate look into the back rooms and makeshift vanity tables in Christchurch, Spitalfields circa 1996, where Alexander McQueen readied his runway models for a show-stopping catwalk through the ancient Church’s stained-glass main hall, in a feast for the eyes and senses that would change the fashion world forever. While the runway itself, candle lit and brimming with inspiration from Dante’s “The Divine Comedy,” showed off a playful sense of theatricality and irony in its juxtaposition of location and theme, what the shows’ backstage photographs give us is a real glimpse of what the models later played at: the pleasure, pain, and vice of an Alexander McQueen show.

Curated by Olly Walker and Futurecity, Inferno saw photographs by Kent Baker displayed for the first time ever. Shot entirely on black and white film, they bear all the dynamism of film photography’s ability to capture a moment: blurred lines of motion, half-formed expressions, powerful contrast. The unprocessed medium, it turns out, was the best medium to show McQueen’s process.