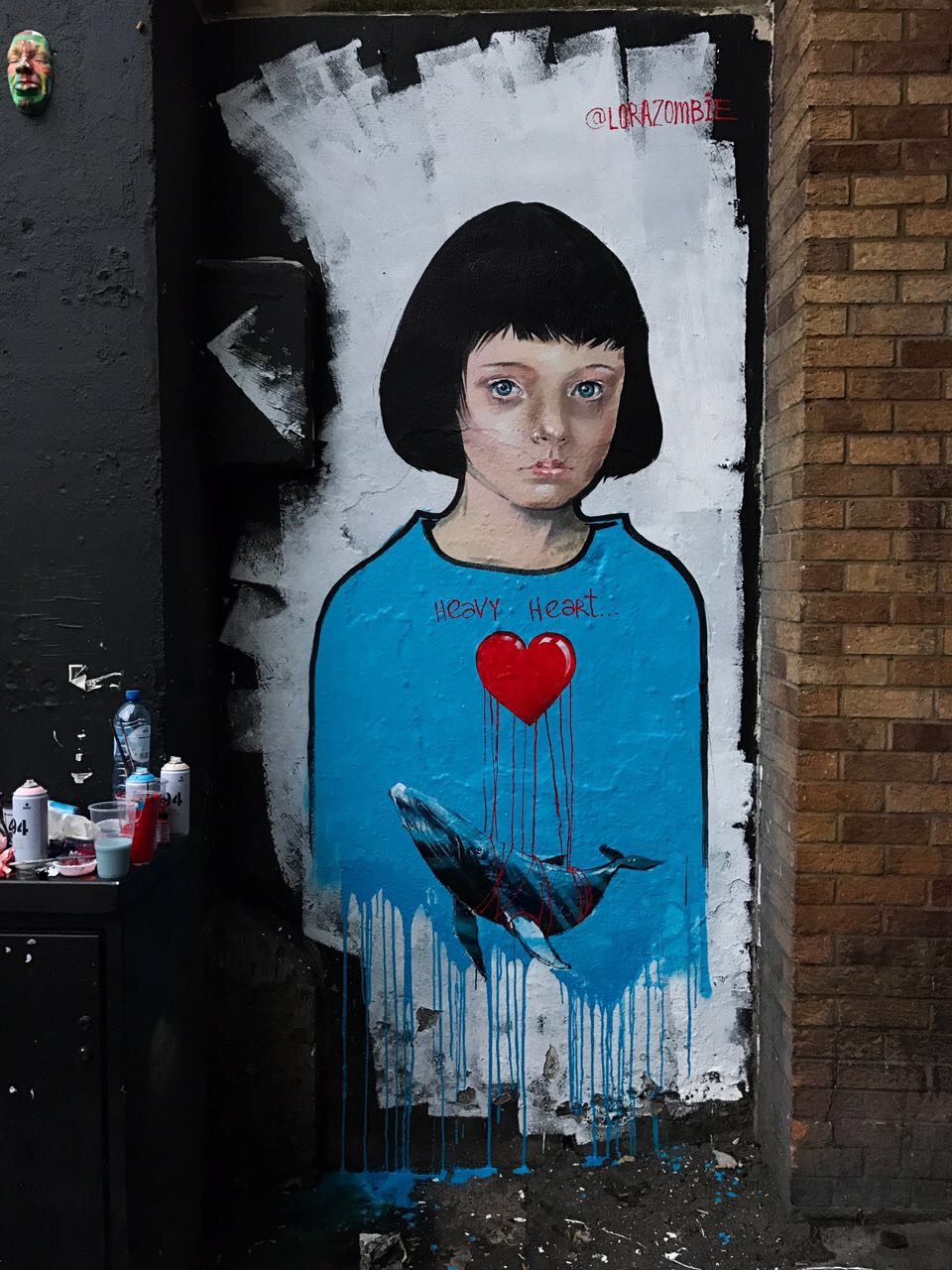 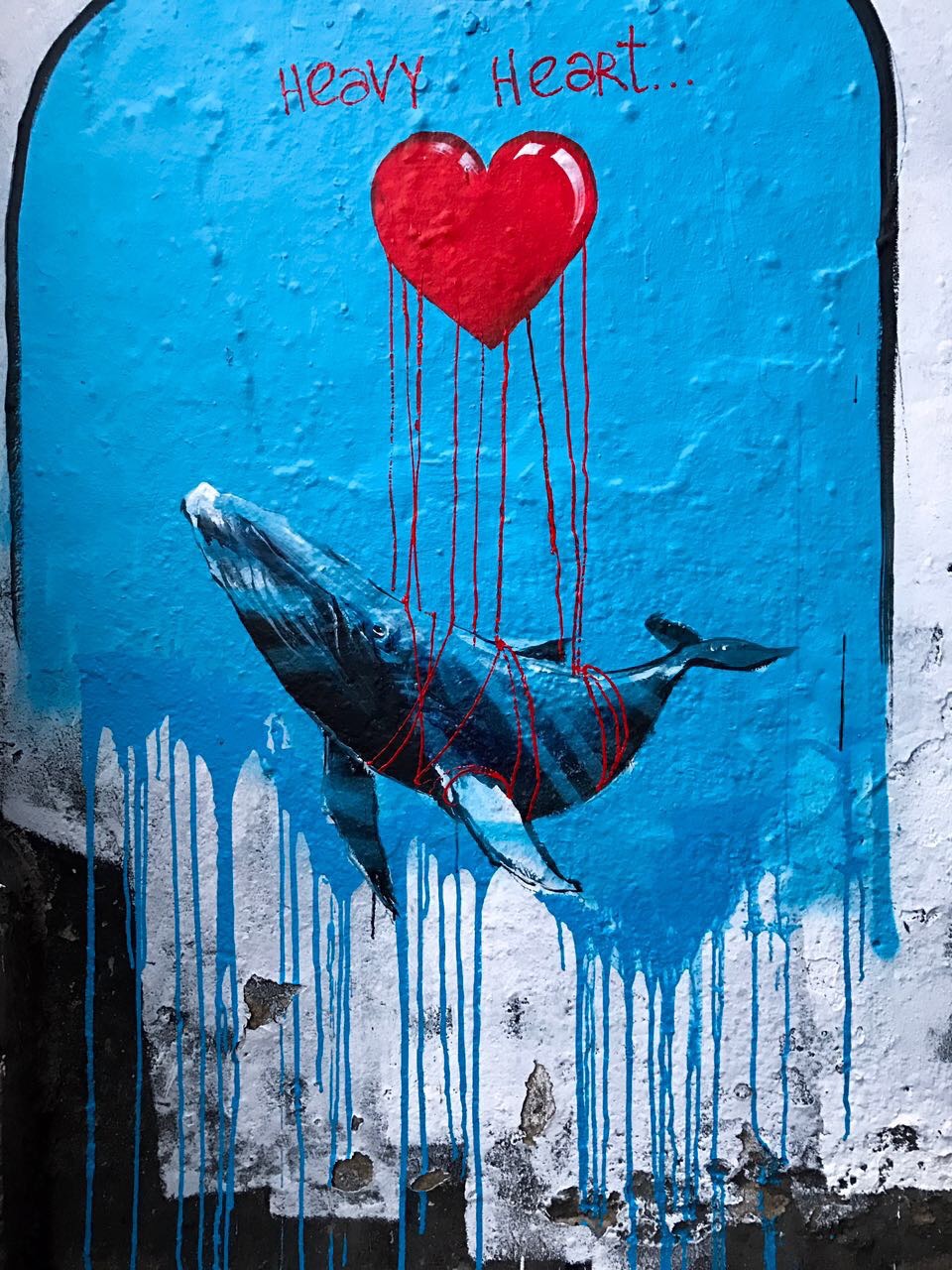 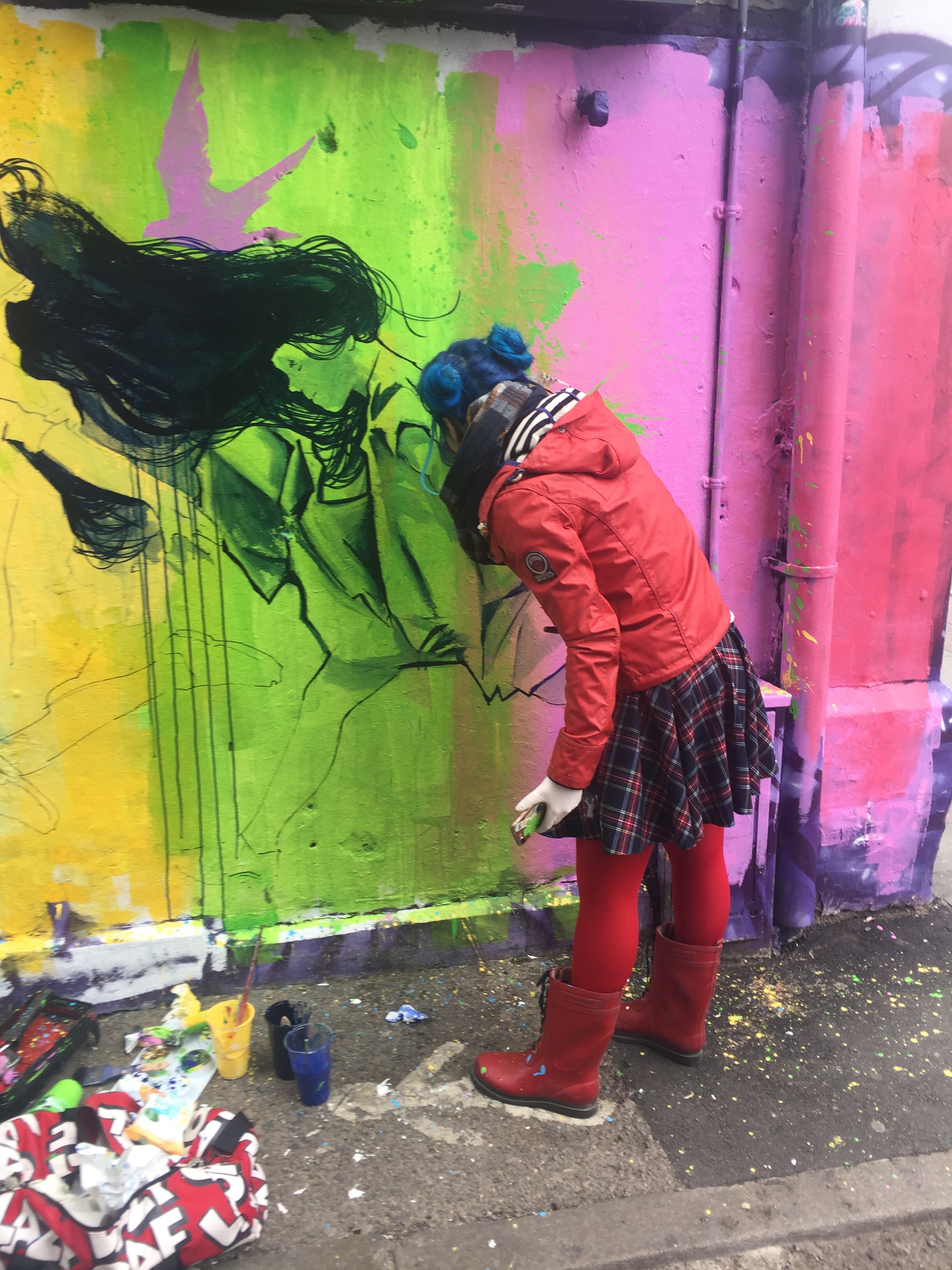 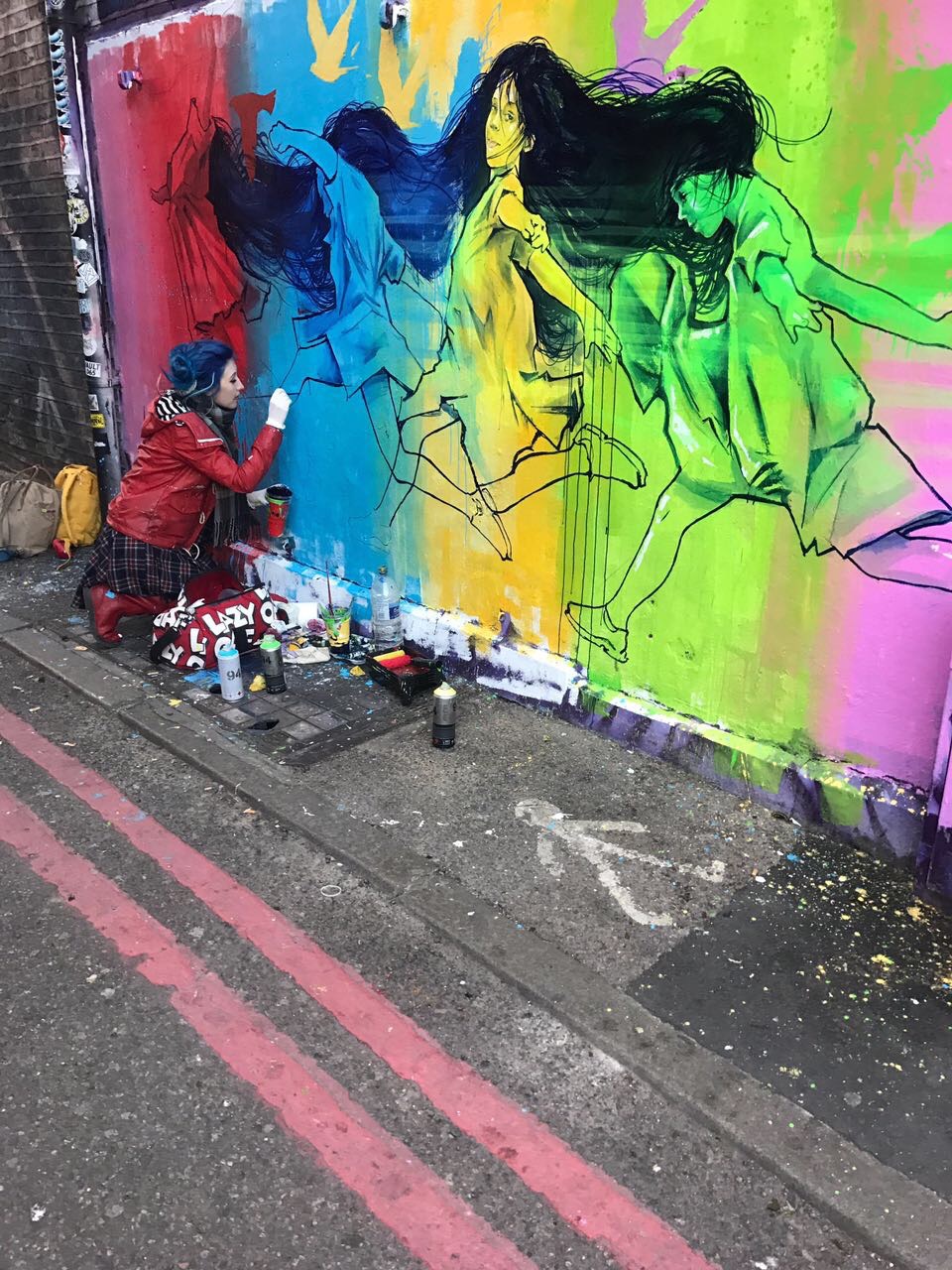 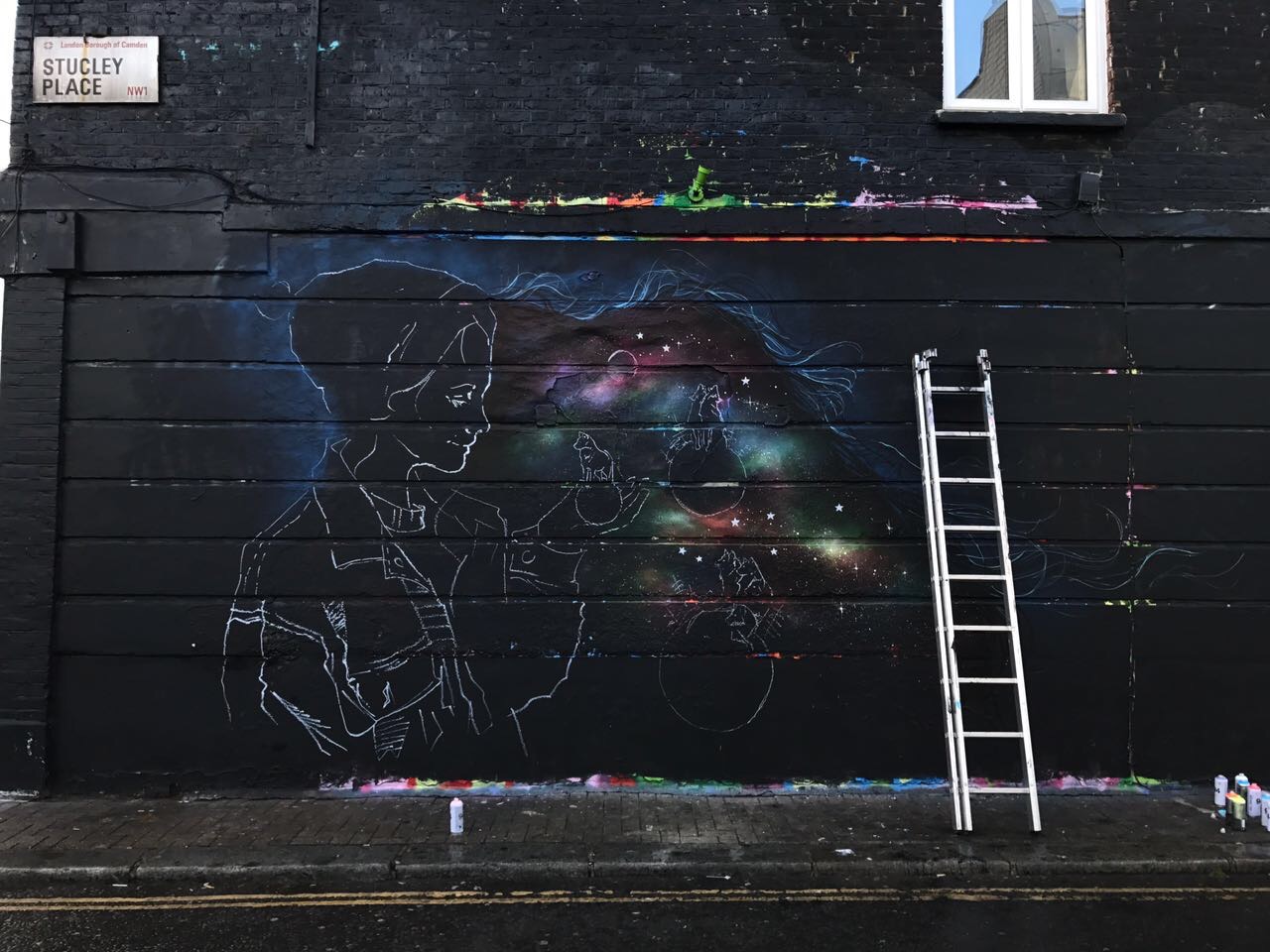 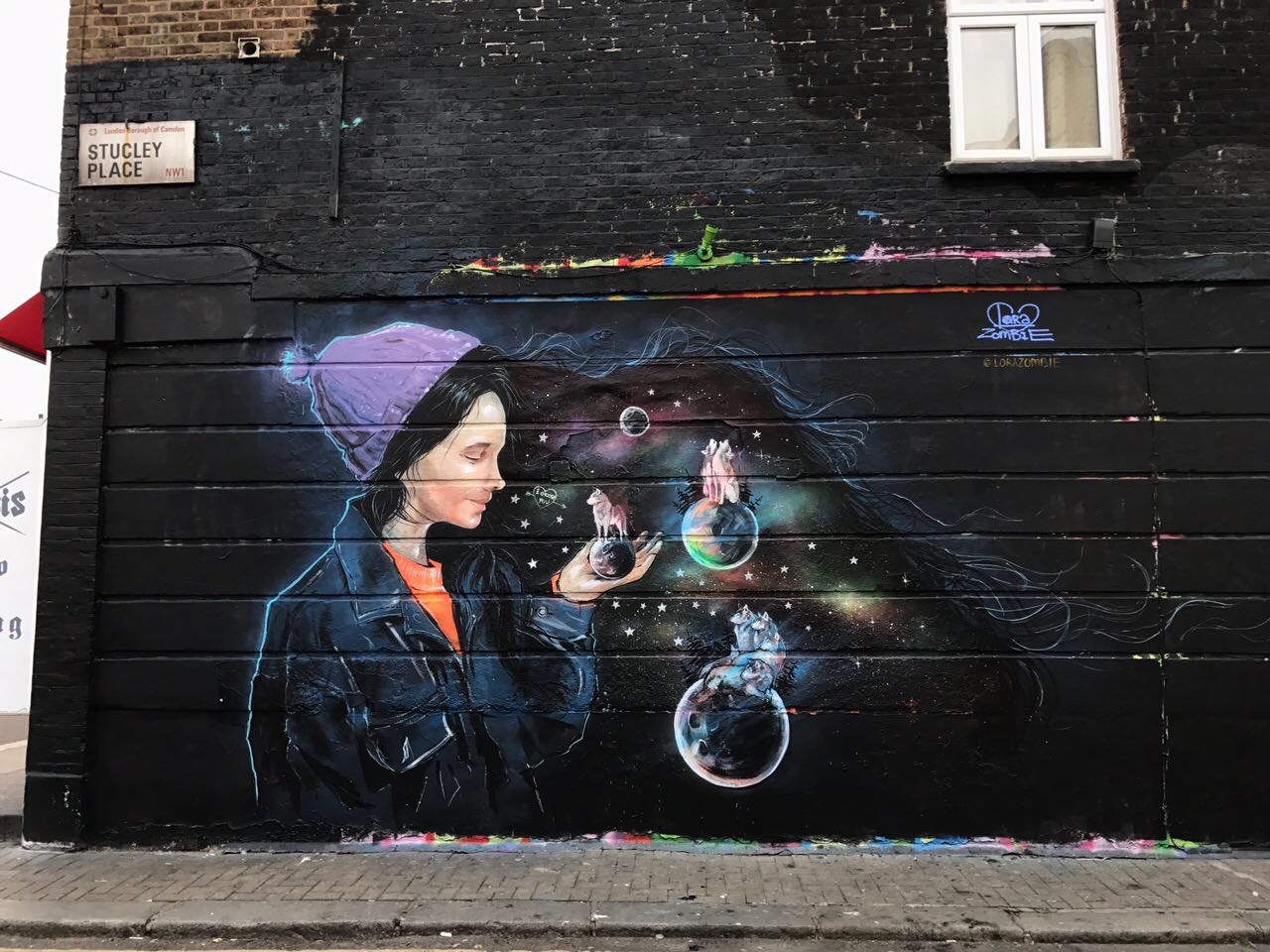 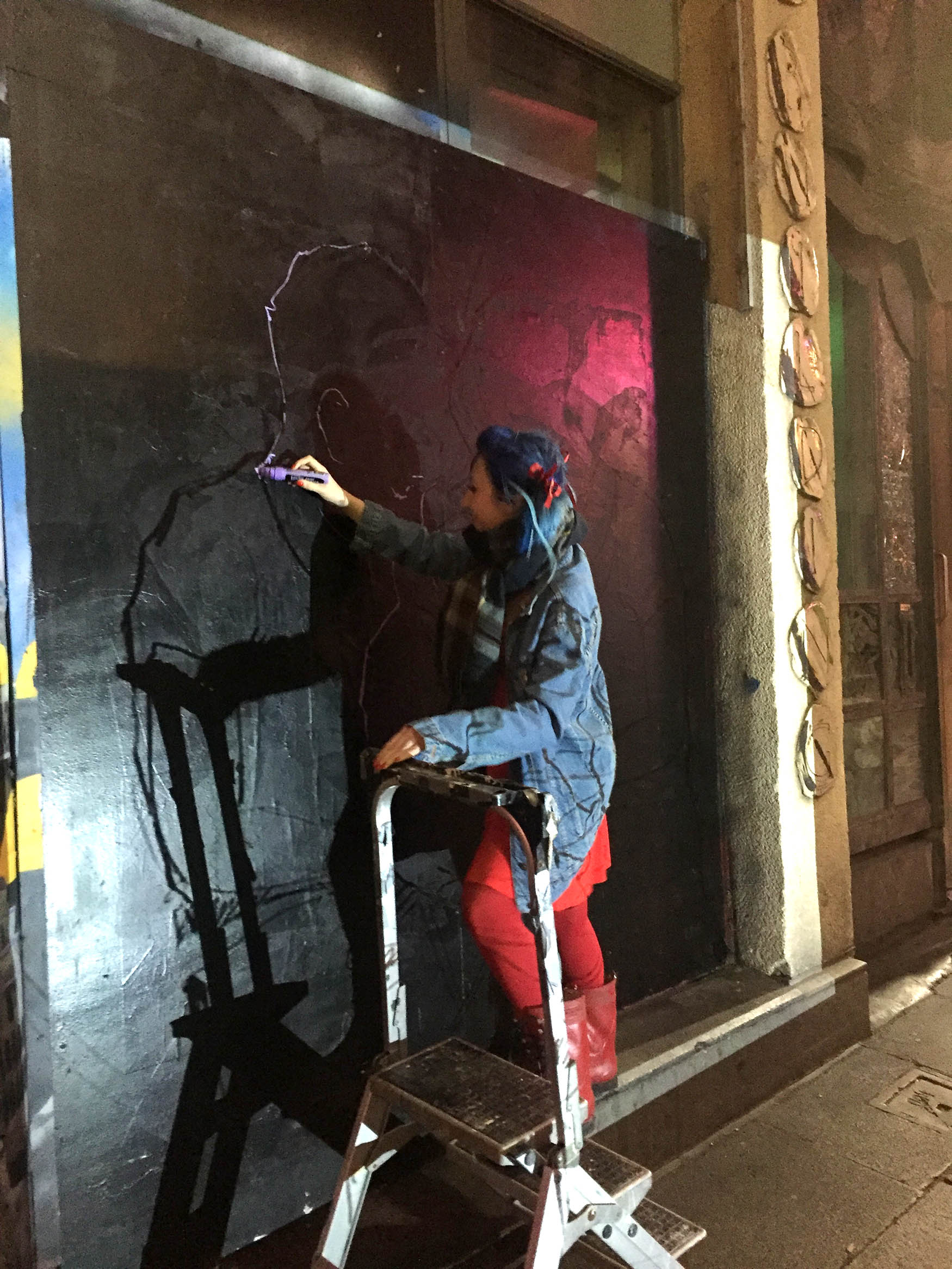 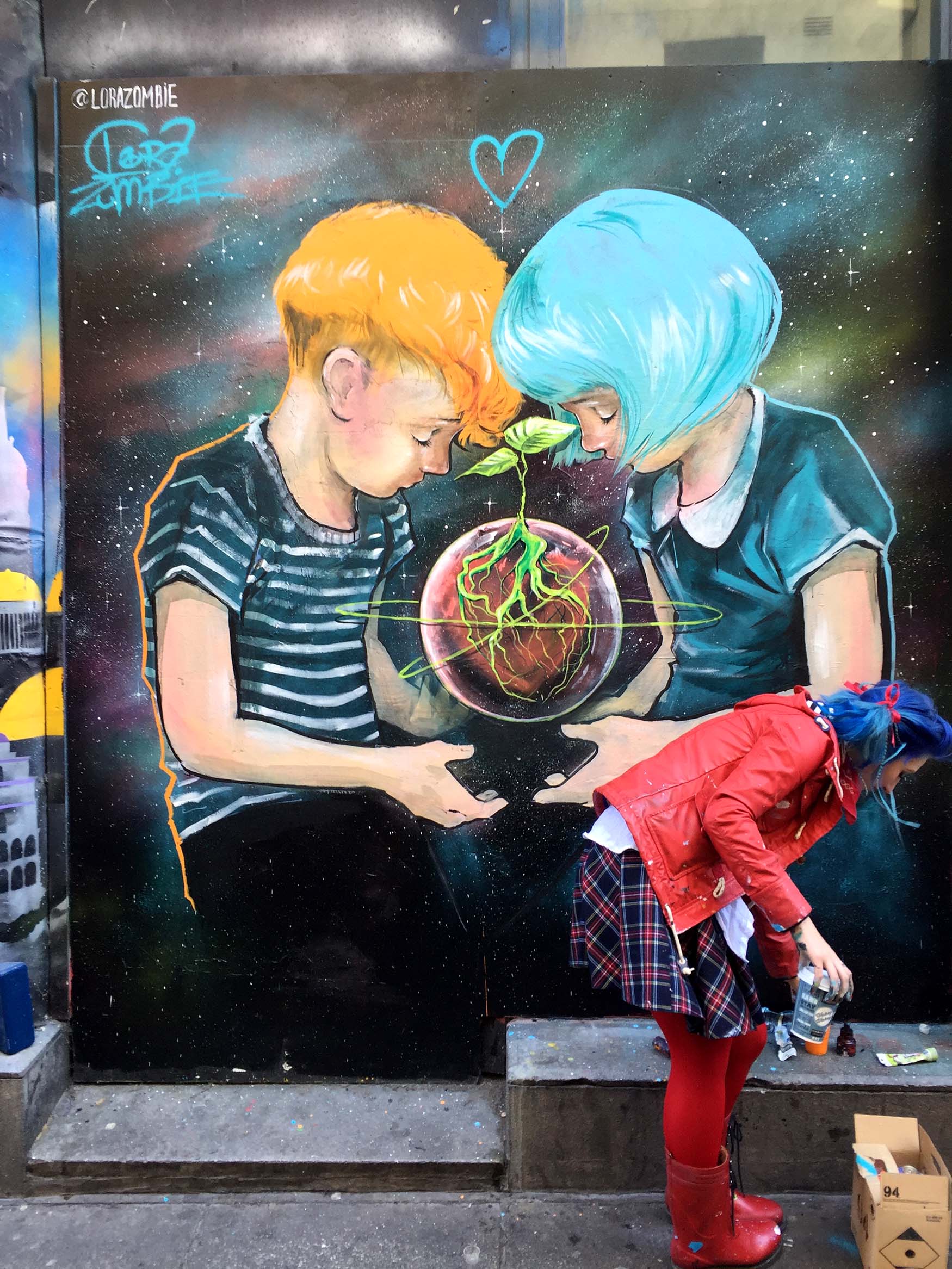 Lora Zombie is a Russian rising star in the urban contemporary world. Influenced by The Gorillaz, in her formative years as an artist she took her new name from the creative studio behind The Gorillaz – ‘Zombie Flesh Eaters’. Lora has a huge and dedicated fan base of young people for whom she represents individualism, strength and freedom. Having worked with Lora before at Saatchi Gallery, Ollystudio helped her realise a project that would see her create her very individual street style in London and Dublin, two territories that had not seen her live wall works before.