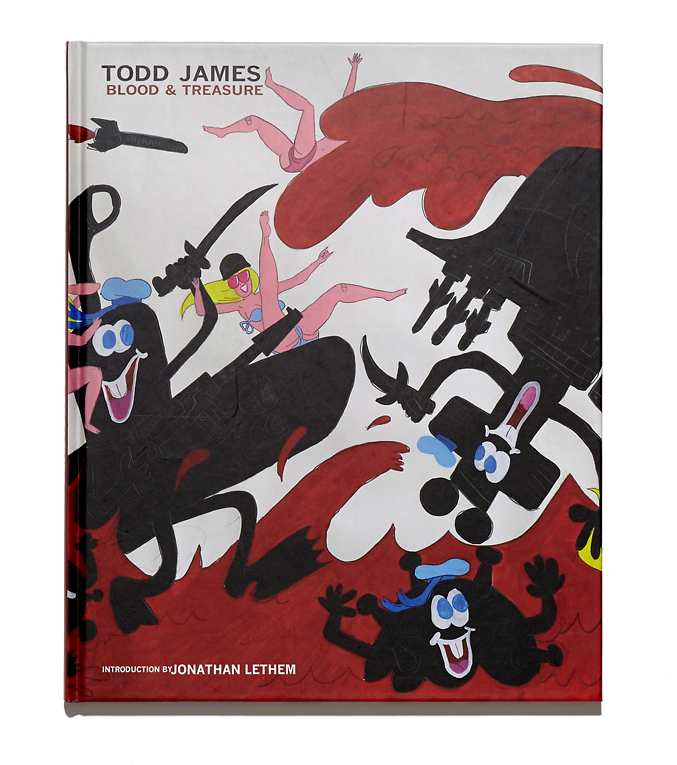 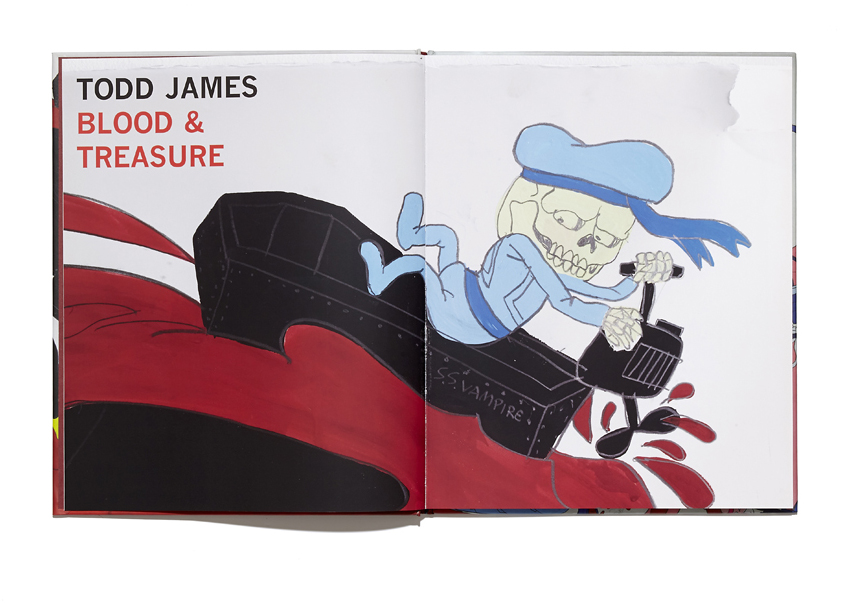 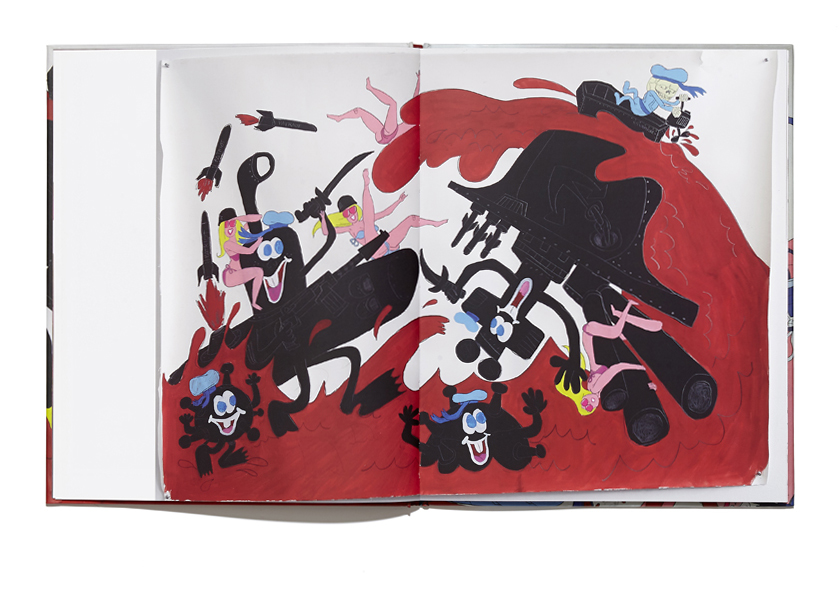 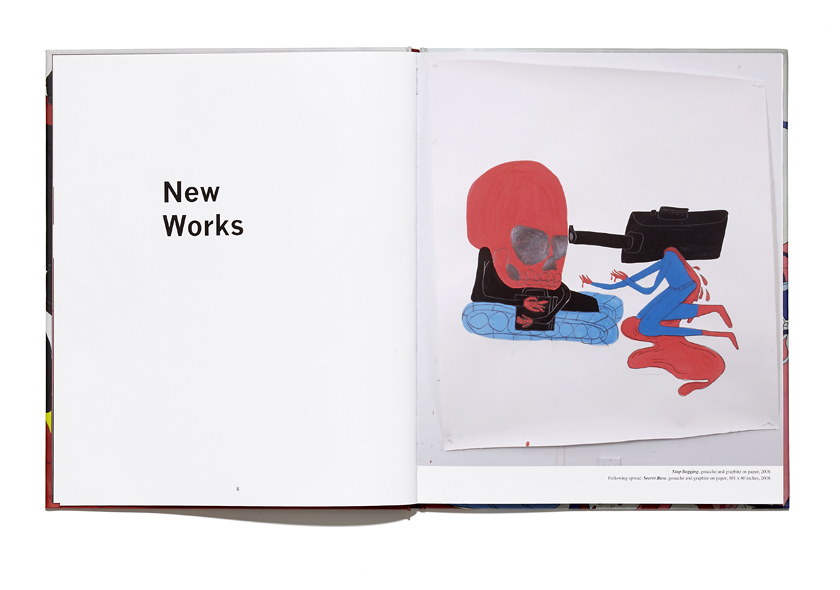 The head artist and founder of the REAS International, Todd James, has a history of creating comic-like statements of his surroundings. When you find out that he began making art as a kid on the streets of NYC, painting simple shapes and characters, it all begins to make sense. His style has evolved into a sort of Bevis and Butthead dream sequence of a political cartoon.

Bombs, blood, boobs and creatures fill his illustrations to make jokes about war, death and modern life. The exhibition titled Blood & Treasure was held at Lazarides Gallery in Soho and featured 20 new paintings and one brand new animation. James is a co-creator of the seminal Street Market exhibition at Deitch Projects in New York, which was later selected for the 2001 Venice Biennale. His work has since been shown at the Institute of Contemporary Art in Philadelphia, Tate Liverpool, Baltimore Contemporary Museum and Yerba Buena Center for the Arts in San Francisco, and was a centerpiece in MOCA LA’s landmark 2012 Art in the Streets exhibition.